A short-short film celebrating the art that keeps us sane even when life makes us crazy. 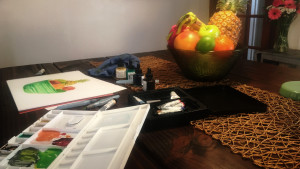 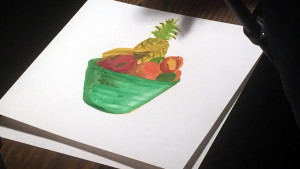 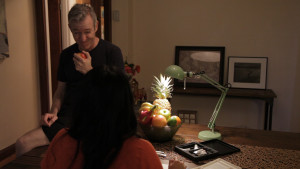 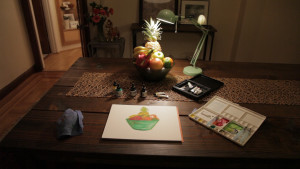 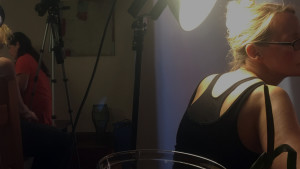 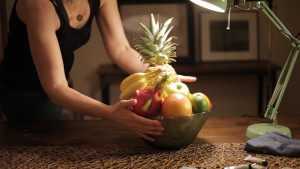 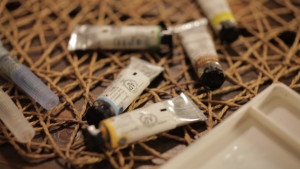 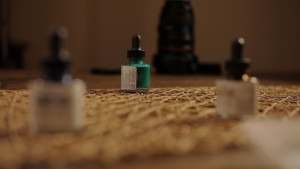 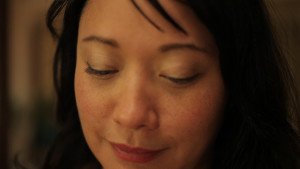 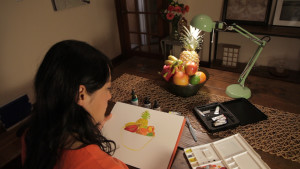 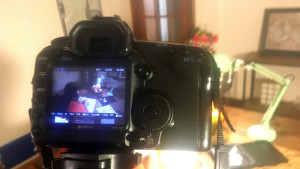 A collaborative effort between filmmakers, visual artists and composers. Still life is a labor of love for all of the collaborators involved – celebrating art coming to life. Sometimes art (whether it be painting, film or music) literally makes life!

Katherine Pulido (Artist, Producer) was born in San Francisco to a Japanese-American mother and a Mexican father. Growing up she gravitated towards art and creative writing and received a B.A. in English from UC Berkeley. As a Book Arts and Printmaking MFA candidate at the University of the Arts in Philadelphia, she worked with original illustrations, creature development, and book production. She has interned with Peter Kruty Editions in Brooklyn and at the Borowsky Center for Publication Arts in Philadelphia where she learned offset lithography.

Eric Rice (Man, Producer) is a producer and actor living in NYC. He holds a B.A. in Applied Arts & Sciences, in Drama, Emphasis in Acting from San Diego State University, made possible through funding from the U.S. Army G.I. Bill/College Fund. In San Francisco he performed on stage and was Managing Director of the Unidentified Theatre Company, Executive Director of La Vache Enragée Productions, and a company member of Three Wise Monkeys. Recently he carried out a 365-day #shecandowhatyoucando campaign on Twitter wherein he sought to show appreciation and bring attention to the works of female filmmakers across the globe. He is currently co-producing the feature length documentary The 2nd Sex and the 7th Art on women directors in the U.S.

Barbara J. Weber (Composer) is a film composer, sound designer and violinist. She grew up in Brooklyn, NY and was introduced to the violin while in the New York City public school system. Quickly excelling in the instrument, she attended the High School of Performing Arts and the Juilliard School. After years of being an accomplished violinist and performing with top tier orchestras, Barbara began her foray into composing music for film. The very first film she scored, a full feature, “Let Me Out” by David Feldman, won “Best Psychological Drama,” at the New York International Film and Video Festival in 2009. Barbara won the Diamond award for Best Score at the NYC Indie Film Awards in 2015.

Jennifer Dean (Director, Editor, Producer) grew up in San Francisco and currently resides in NYC. As an undergraduate she studied theatre at University of California Los Angeles (UCLA) and did post-graduate work in Performance Studies at the Central School of Speech and Drama in London. In 2002 in San Francisco she formed La Vache Enragée Productions. Officially incorporating as a Non-Profit in 2005, the company produced a multi-media event of short plays and silent short films accompanied by live originally composed music. She was a runner-up for the London Sundance/Nokia Competition with her short documentary about the “Underground” Music Scene of the NYC Subways. She continues to work as an editor and is in production for a feature length documentary on female filmmakers in the U.S. – The 2nd Sex and the 7th Art.

Travis K. Marks (Production Crew) lives in San Francisco and is a filmmaker and composer.